Most people are familiar with the pre-employment or pre-volunteer requirement of many companies for potential employees or volunteers to supply a police history check before they can officially be offered or considered for a position or volunteer role. Some people may also be required, or may instead be required, to supply a Working with Children Check.

For a Working with Children Check, the Department of Justice determines whether they feel a person should be cleared to work around or with children based upon relevant past criminal history, taking into account any past convictions which would indicate the individual should not work with children, and also considering any relevant work history. It is an assessment and a person will either be approved to work with children or not.

A Working with Children Check will look at all convictions relevant to an individual's ability to work with children over an individual's whole life, not just those which can normally be released for a police check. As mentioned, it will also look at a person's previous work experience, if relevant, and any disciplinary findings. Based upon this, a decision will be made to either approve or deny a person's Working with Children check.

When looking into an individual's past history, all findings which would be important to consider in terms of ensuring the protection of children will be relevant and considered. This is not restricted to the past ten years or another, limited timeframe, but includes considering all offences that a person may have committed.

Once issued with a Working with Children Check, it is good for 5 years. However, through the life of the check, a person's criminal offences will be monitored and, if they commit any relevant offences, the Department of Justice will be alerted and the check may be cancelled or suspended on the basis that the person is no longer cleared to work with children.

A police check does not involve any government agency and is not an assessment of suitability for the work force. A police check simply states any past or pending criminal convictions which can be disclosed at the time the check is performed. It cannot be used to confirm that a person is cleared to work with children.

Whereas a Working with Children check will determine whether a person can or cannot work with children, a police check will merely provide a list of all past or pending criminal convictions which a person has and which can be reported, i.e. it does not include spent convictions. It will not confirm whether a person can work or volunteer, but rather simply provide potential employers with information about a person's criminal history.

A police check is current only for the moment at which it is issued, as it only confirms a person's criminal record up to that point. As such, it does not 'expire' but you may be required to provide a new police check upon request to confirm that no new offences have been committed.

If you are considering working in a role which would put you into contact with children, you will likely be asked to provide at least a Working with Children Check and perhaps also a Police Check so that your potential employer has a list of your past, disclosable criminal convictions. It is important to understand the differences between the two and why you may be asked to provide both.
Posted by Veritas Check at 02:01 5 comments:


It's a Tuesday morning after a long, holiday weekend. Upon returning to the office, you discover that a break-in has occurred over the weekend and sensitive client files including financial information, company bank account and other passwords, all of the petty cash, and more have been stolen. What's worse, after investigating the break-in police determine that an employee, who is now nowhere to be found, committed the crime.

This was a trusted employee who had been given possession of keys to the office, lock codes, and other information which enabled him to easily gain access to the office and sensitive information unnoticed and out-of-hours. Moreover, upon further investigation, police turn up a record of similar past offences this employee has committed.

This company wrongly trusted the employee and what he told them about his past, duped by his honesty in revealing certain other unrelated minor offences, believing him when he said he had altered his behaviour and had not reoffended recently. Unfortunately, this wasn't the case.

All of this could have been avoided if a simple police history check had been conducted before hiring this individual. The employer would then have been aware of his previous convictions and, likely, would not have made the decision to hire him, or, if they had, would not have entrusted him with keys to the office or other sensitive information.
What would it take your business to recover from a similar situation. Would you ever be able to regain your clients' trust and recoup the lost business that might result? Wouldn't you wish you had been able to do something to prevent this?

While potential employees and others may complain about requests to provide a police history check, as a business owner, hiring manager, company director, etc. your real responsibility in a hiring situation is to the company and your current employees. Asking for a police check is not overly burdensome for applicants when one considers the potential risk to the business of not understanding their employees' criminal histories. Moreover, it should not overly delay the hiring process as most police checks can be obtained swiftly, within a day or two of application.

During the interview and selection process, businesses who feel that they might be put at risk were their employees to have a criminal record should make it a policy to request a police check from all potential hires before a hiring decision is reached. In this way, they can become aware of any criminal offences which they feel would preclude the person from working for them. When hiring individuals, and thereby placing trust in them that they will be good, honest employees and moreover that they are law-abiding citizens, a company understandably should be able to have assurances that
they can indeed trust them.

This does not mean that all people with a criminal history will be prevented from obtaining work with companies that require police checks before hiring. Oftentimes, the previous offences committed by the individual seeking employment will be minor and would likely not affect the person in an employment situation. Companies must be careful to consider the types of offences committed, how long ago they were committed and whether there is a pattern of criminal behaviour when they assess whether to hire someone with a criminal record.

However, businesses should be able to choose to hire only those people without an adverse criminal history or those whose previous convictions would not affect them in their current employment. Requiring potential employees to provide a police check can be a valuable first line of defence for the company's security and peace of mind.
Posted by Veritas Check at 01:57 7 comments:

Police Checks a Necessity for More than Just Employment?

When considering the uses of Police Checks, most people would assume that they would be used solely in order for people to gain employment, to be assessed when looking to volunteer, or for similar reasons. However, the state of Victoria now requires those couples who are attempting to conceive via IVF to also submit to a police check.


History of the Victorian Law


In 2010, the state of Victoria passed laws which require those who wish to undergo IVF treatment in order to conceive a child to obtain a police check. They are also required to obtain a Child Protection Order Check. Those individuals who have spent a year or more residing in another country in the ten years previous to them obtaining Assisted Reproductive Treatment (ART) must provide a police check from that country as well.


Why require these checks for those receiving ART?


There is an argument to be made that in requiring these police checks to be performed on prospective parents the state government is taking responsibility for its citizens, albeit in this instance for its potential citizens. By ensuring that only those couples who can prove that they would not be a possible danger to their future children are assisted in conceiving, the government seems to be hoping to avoid problems down the line with people who are perhaps unfit to be parents.

Moreover, for the majority of those people who are willing to go to such lengths to have children – the emotional, physical and financial burden of these treatments is indeed great – having to obtain a police check should be only a small added requirement in the process and should pose no difficulties.


Downsides to the legislation


However, what right does the government have to legislate who should be a parent and who should not? Certainly they would not propose to intercede in cases where a couple may conceive naturally. So why would they intervene in the case of couples receiving Assisted Reproductive Treatment?

In a process that is already draining for all those involved, to have to prove that one should be a parent is surely an impediment too far. It can also add undue stress at a time of heightened emotions and tensions. In addition, while those couples who have always lived in Australia may find it a simple procedure to obtain a police check, due to the ease and speed at which police checks can be obtained in Australia, those couples who have spent time overseas have often found it difficult to obtain police checks from other countries.


For instance, in an article in the Herald Sun, they identified that for those who have previously lived in the United Kingdom, obtaining a police check for the purpose of obtaining IVF can be very difficult indeed. Many applications for these checks have been rejected as a waste of police time and resources, or they have been greatly delayed. It also indicated that obtaining these checks from the United States, Middle Eastern and African countries, and Japan was proving particularly problematic. For couples desperate to have a child, delays due to something like a police check could be unbearable.


There is even opposition to this by the IVF clinics themselves. At Melbourne IVF, on the same webpage that they explain the existing legislation in relation to this issue, they also point out that they are opposed to the legislation and direct patients to send their concerns to the appropriate parliament member or get in touch with an infertility group that seeks to campaign for the rights of couples receiving Assisted Reproductive Treatment.
Posted by Veritas Check at 21:18 6 comments: 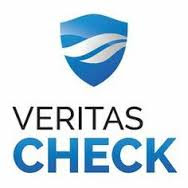